by Footballers Union Of Zimbabwe 03/10/2018
On Saturday, 29 September 2018, on the sidelines of the CAF Extraordinary Congress in Sharm El Sheikh (Egypt), the Confédération Africaine de Football (CAF) and FIFPro Africa Division signed a partnership agreement, seven years after the "Memorandum of Understanding", signed in Khartoum in February 2011. This agreement, which binds the parties until 31 December 2023, perfectly reflects the new spirit that animates the constructive relations between two institutions, decided today to engage here with each other with the will, strongly expressed, to work with each other in the best interests of African football. “Our cooperation with the FIFPro Africa Division has grown steadily in recent months," CAF President Ahmad Ahmad explained," and it has become obvious, even necessary for us, to draw from it. The outlines, to define the objectives in order to set up a common action plan, validated by each of the parties, where each of us will bring its stone to the building, to ensure respect to the commitments for a partnership that we want and that can only be win-win! “I have always said since taking office that CAF would work with the players and their representatives on our continent to put African football in the direction of history. CAF had to show the example and for good. For several years now, we have been getting closer to the 14-member FIFPro Africa Division, which continues to grow. We know it, we appreciate it and we know we have a common interest. Their vision of continental football is close to ours, and the interests that FIFPro defends are that of the players -serve the interest. “I am proud of this agreement and look forward to seeing our respective teams get to work,” said Ahmad. FIFPro Africa Division president, Cameroonian Geremi Njitap, said: “I must, first of all, thank President Ahmad and his Executive Committee for the confidence, which testifies the strength of their commitment. It is an honour that I share with all the members of our division, who work daily for the good of the players and, beyond, for that of the football in Africa. “This agreement will encourage them to continue on the same path and this recognition will also strengthen their position at the national level. 2 “The players are part of football on the continent and intend to be for the CAF partners in all the meaning of the term: loyal and effective. Because it is already for us, at our level, to make this agreement, to allow them to enter his active phase as quickly as possible. It is also the wish of President Ahmad and I have assured him that, on behalf of each of our members, that he can count on the FIFPro Africa Division. This agreement is not an end in itself, but the beginning of a long and beautiful collaboration”. The keys to the CAF - FIFPro Africa Division agreement - Organization of "CAF-FIFPro Africa Best XI". - Training program and education of African youth teams (male and female), participating in CAF competitions. - Contribute to the improvement of the working conditions and the well-being of the players; - Integrate as much as possible the players in the decision making that concern them. - Address and respond together to all issues that concern footballers and football in Africa. ---------------------------------------------------------------------------------------------About FIFPro Africa Division Creation: 2007 Board President: Geremi Njitap (Cameroon, Africa representative on the FIFPro World Board) Members Magdy Abel Ghani (Egypt), Anthony Baffoe (Ghana), Cyrille Domoraud (Cote d’Ivoire), Thulaganyo Gaoshubelwe (South Africa), Stacey Naris (Namibia). Honorary president: Didier Drogba (Cote d”ivoire) General secretary:Stéphane Burchkalter Communication director: Stéphane Saint-Raymond Member unions South Africa: SAFPU (President: Thulaganyo Gaoshubelwe.). Botswana: FUB (President: Onalethata Tshekiso). Cameroon: SYNAFOC (President: Geremi Njitap). Cote d’Ivoire: AFI (president: Cyrille Domoraud). DR Congo: UFC (Chairs: Bate Kamengo and Jean-Claude Mukanya). Egypt: EPFA (president: Magdy Abel Ghani). Gabon: ANFPG (president: Rémy Ebanega). Ghana: PFAG (President: Kwesi Appiah.). Kenya: KEFWA (president: Jerry Santos). Morocco: UMFP (president: Mustapha El Haddaoui). Namibia: NAFPU (President: Silvester Goraseb). Tunisia: UNFT (president: Sofiene Milliti). Zambia: FAWUZ (President: Numba Mumamba). Zimbabwe: FUZ (president: Desmond Maringwa) 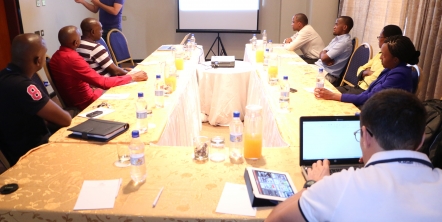 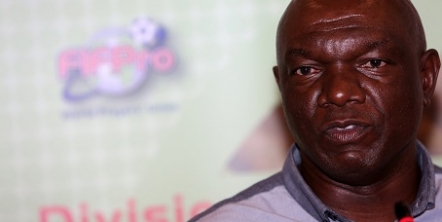 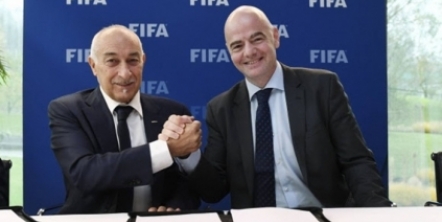 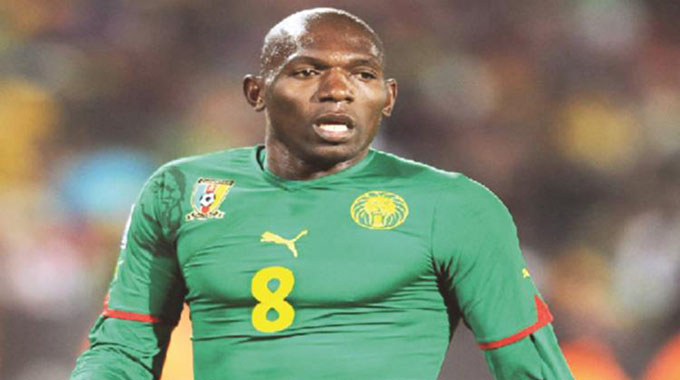